Play one of the original roguelikes 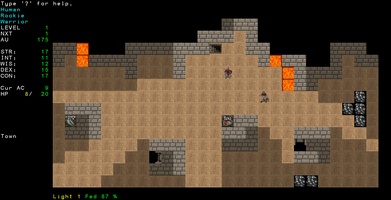 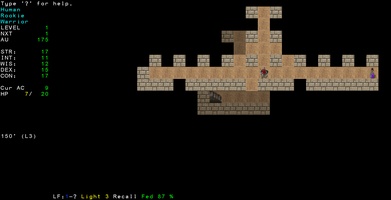 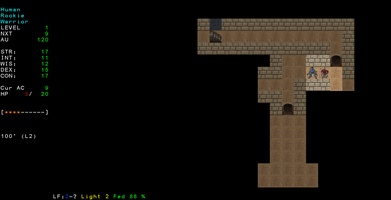 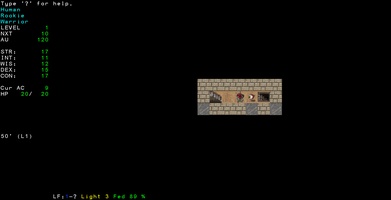 Advertisement
Angband is a free, open-source roguelike with loads of dungeons for players to explore in their quest to find and destroy the fearsome Morgoth, the Lord of Darkness.

This game is loosely based on the works of J.R.R. Tolkien, and began as a sequel to Moria, one of the first roguelike games to be developed. Originally, this game was designed to expand on Moria's storyline, as well as add more enemies and items to create a more solid game experience. Over time, however, it evolved to become a mainstay of the genre.

Angband offers players loads of character creation options, so many that creating your character can take significantly longer than similar games. Once you have your hero, you'll run into all the classic features of a roguelike game: procedurally generated dungeons, permadeath, and a high level of difficulty.

One notable difference between Angband and most other roguelikes is how easy it is to change the graphics. This game offers various tilesets, so you can choose whichever one suits your tastes with just a click.

Angband is one of the best roguelikes available for Mac, not only because of its solid, engaging game experience, but also because of its exceptionally easy to adjust interface and graphics.
Reviewed by Andrés López Translated by Jasmine
Advertisement

Why is this app published on Uptodown?
(More information)

There are opinions about Angband yet. Be the first! Comment

Tales of Maj'Eyal
Brogue
One of the best roguelikes for Mac
Dwarf Fortress
ADOM: Ancient Domains of Mystery
Save the world of Ancardia... if you can survive yourself
Iter Vehemens ad Necem: IVAN
Death lurks around every corner
Unreal World
Try to survive in this cold and dangerous world
Demon
A roguelike inspired by the Shin Megami Tensei saga
Kepler452b
A traditional -but futuristic- rougelike

Summertime Saga
A fun summertime adventure
League of Legends
Play one of the world's most popular MOBAs
Age of Empires III
Explore the New World in the new release of AOE
Iter Vehemens ad Necem: IVAN
Death lurks around every corner
Diablo III
Take on the lord of hell on your MAC
World of Tanks
Thrilling tank battles
Brogue
One of the best roguelikes for Mac
0 A.D.
Build your own empire and conquer the rest